Looking for best bike computer is quite an experience due to the various elements involved. Out of these, the main factor is whether the computer is wired or wireless. In this article, we’ll be discussing both these types, what differences they have, and what benefits they provide.

Wireless bike computers are relatively newer in the market; hence, they are still developing. On the other hand, wired computers cost less and function much better. The only downside is that wireless odometers give a much tidier look than wired ones. So, which one is best comes down to personal preference.

What is the Difference between Wired or Wireless Bike Computers?

Let’s look at the differences between wired and wireless bike computers. The main purpose that they serve remains the same, but how they achieve it is the main question. So, we will be discussing the two kinds one-by-one and talk about their pros and cons, as well. 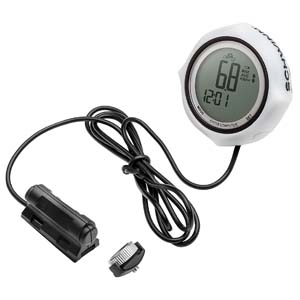 Wired bike computers are conventional types of computers used on a bike. In this type, the handlebar and sensors are connected with a wire, which makes the performance much more consistent. Wired connections are generally known for their better consistency and reliability. Since there are strong and robust wires involved, the connectivity is much more stable. It also has a single battery that runs the whole unit.

Now that we know what a wired bike computer is, we’ll talk about some of its pros and cons.

Coming towards the second type of bike computer, we have wireless computers. These are relatively new in the market and are a result of technological advancements. Like any other tech product, bike computers have also become wireless. 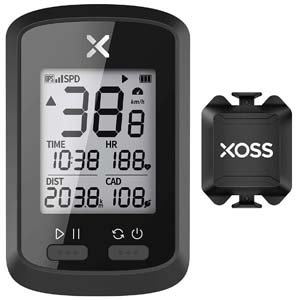 In this type, a transmitter is used in the sensor instead of a wire for connectivity. Higher-end wireless units also come with smartphone apps that provide more advanced and convenient functions. Some benefits of using your bike computer with your smartphone can be that your recorded data can be analyzed later on your phone.

Listed below are some of the pros and cons of a wireless bike computer to help you understand them better.

Now, it is safe to say that you have a clear understanding of the difference between wired and wireless bike computers. So, we’ll be talking about the benefits of a wired bike computer.

One of the first things that any buyer looks at before purchasing a product is the price. Wired computers cost less than wireless units as there are fewer sensors involved. Cables are used to connect from one point to another, and good-quality cables are not expensive at all. So, people with tighter budgets can surely benefit from wired models.

Since wired computers are being used for some time now, as we’ve discussed earlier, we can experience much better performance. There are no issues of pairing or distortion, as reported in many wireless units, and they are more long-lasting, as well.

Require only one Battery

After talking about the advantages of wired computers, let’s go through the benefits of wireless bike computers. Primarily both these types of computers serve the same functions, but wireless units give you an edge. Listed below are some of its benefits:

Wireless computers are connected via a transmitter in the sensor, which cuts out the need for any cables. You just have to pair your unit, and you’re ready to go. In short, it is a plug-and-play device. A wireless computer can be swapped from one bike to another; you’ll just need to have sensors on each bike, and your computer unit will become a portable one.

Wireless units look tidier on your bike and make the overall look much sleeker. There are no hanging wires around your bike, and your computer unit gives off a smart touch. You can adjust your unit at any time without having to worry about the wires or cables that are on a wired computer.

Finding The Best Bike Computer For Yourself

In order to find the best bike computer, you’ll have to identify what your requirements are and what your usage will be. Once you’re done with this, you’ll be able to find a suitable unit for yourself.

Following are some of the main elements you need to keep in your head while choosing a bike computer:

Determine what Level of Cyclist are You

This is the most basic prerequisite for selecting a suitable bike computer. Whether you cycle as a hobby or take part in different competitions, this is an important factor. You need to identify yourself as a beginner, an intermediate, or a professional. This will help you in matching the features of the unit with your requirements.

Is Smartphone Connectivity Important For You?

Another vital point is smartphone connectivity. Once you connect your phone, it completely changes your whole experience. You have access to more features and can do a lot more, like sync your contacts and health data to your phone. These are all bonus features and not necessary to have, but the important thing is to know if you want it or not.

The most important point of all is to know how much you are willing to stretch your pocket. As we discussed earlier, wired units are cheaper as compared to wireless ones. On the other hand, wireless computers offer much more advanced features and will surely be the go-to unit in the near future.

You must have gained a much better understanding of a wired and a wireless bike computer unit after this article. It is vital to know what differentiates them. We have talked about the pros and cons of both these units and the benefits that make them stand out from the other.

The important thing to remember is that you don’t have to go for an expensive or over-the-top unit. You should identify your requirements and try to create a balance between the usage and the features of the product. Once you know this, even a moderately-priced bike computer can do the job for you.

View all posts by Jake East